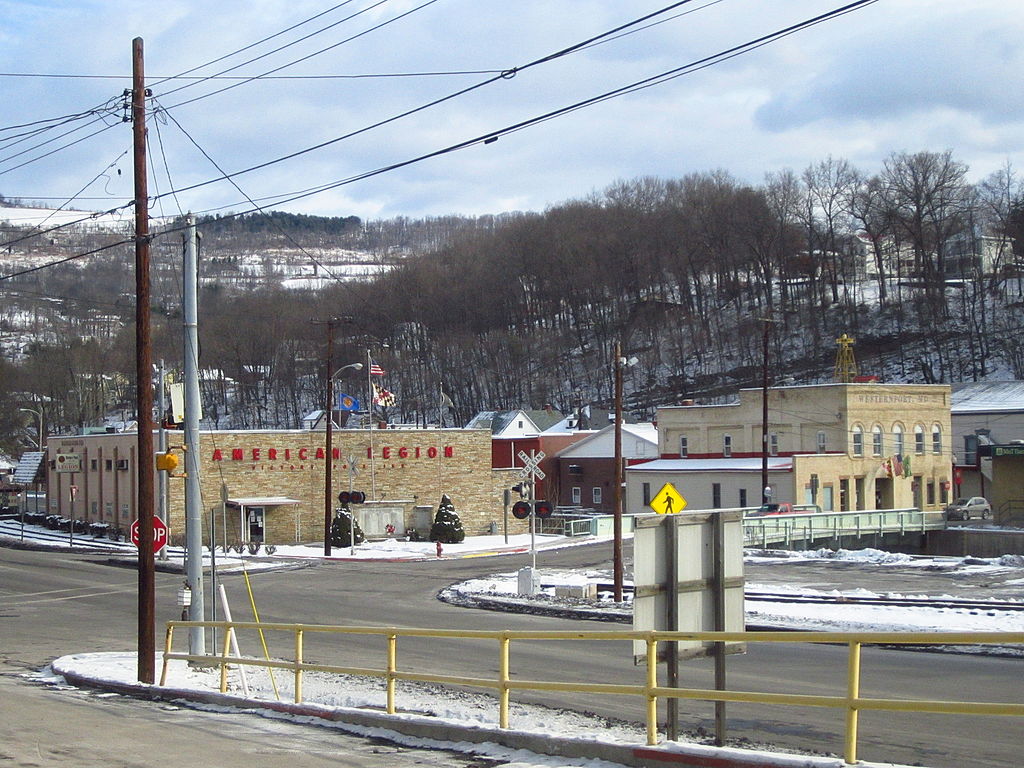 Westernport is a small town in Maryland with slightly less than 2,000 residents. It's a comfortable place to settle down, as retirees make up a greater percentage of the population (24%) here than they do nationally (14%).

Westernport's first settlement is identified on a French military map dating from 1758. The map is currently on display at École Militaire in Paris. The settlement at that time had no name. By 1774, it was known as Hardscrabble because the rocky soil made planting difficult. Some time in the mid-1790s, the name was changed to Westernport, with the town being the western-most navigable port on the Potomac River. In the late 18th century and early to mid part of the 19th century, coal and timber was loaded onto flatboats where George's Creek empties into the Potomac, then floated down to near Great Falls, Virginia, where the goods were unloaded, the boats broken up to sell as lumber, with the operators walking back to Westernport. The town was incorporated in 1859.