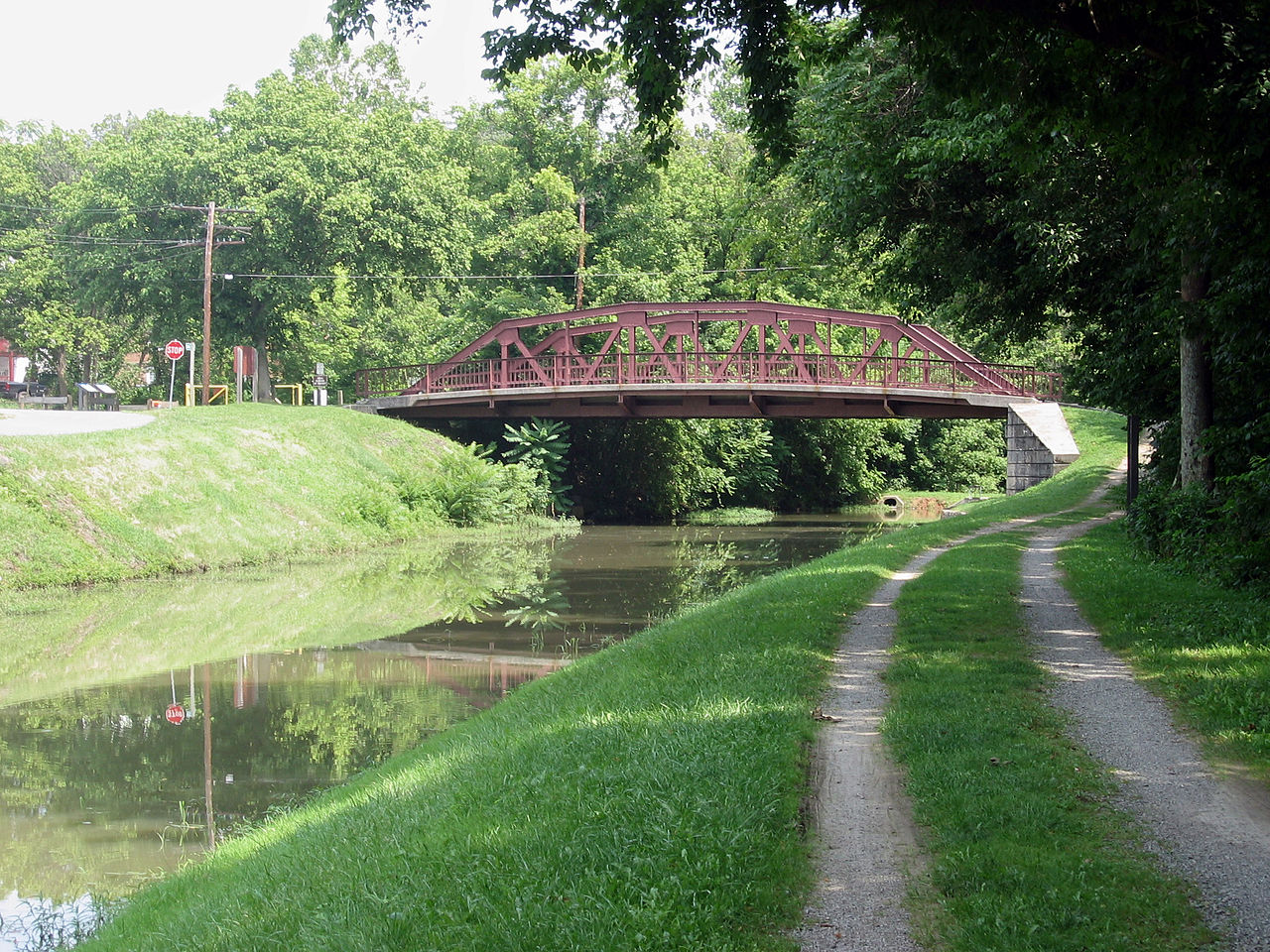 Hancock is a town in Washington County, Maryland, United States. The population was 1,546 at the 2010 census. The Western Maryland community is notable for being located at the narrowest part of the state. The north-south distance from the Pennsylvania state line to the West Virginia state line is only 1.8 miles (2.9 km) at Hancock.

Settlers in the area were known as “Northbend” and “Tonoloway Settlement” as early as the 1730s. Charles Polke, the Indian Trader of the North, operated a trading post along the Potomac. While a young lad learning his surveying trade, George Washington occasioned to stay with him. Hancock also boasts a home in which Washington dined with another Indian trader, Joseph Flint.

Hancock grew as a transportation route and with the extension of the Bank Road into the National Pike in 1818, Hancock experienced a huge building boom. Blacksmith shops, liveries, and stage inns packed Baltimore Street, which is now our Main Street. It flourished as a commercial center and the completion of the Chesapeake and Ohio Canal to this point in 1839 brought an influx of Irish immigrants, Welsh stonemasons, and many others.

With the outbreak of the Civil War, it was a true border town in a border state. Hancock saw a constant stream of troops. On January 5, 1862, General Stonewall Jackson laid siege to the town. Over $500,000 of supplies were requisitioned by Confederate troops from Alpine Station on the West Virginia side of the river. Inclement weather prevented Jackson from overtaking the town. Hancock was also held for ransom during the Civil War by the Confederate. This ransom was never paid.

In 1905, the Western Maryland Railroad entered town joining Baltimore and Ohio, which was already on the West Virginia side. The railroad was an integral part of Hancock until it closed in 1976.

In 1886, E.P. Cohill began planting orchards on the hills surrounding Hancock. As thousands of acres were cultivated, Hancock became a fruit basket for the nation and flourished well into the 1970s.

Prior to Camp David, Hancock was home to The Hunting Club of the Presidents – Woodmont Hunting Club. Situated on a high hill along the Potomac west of town, it is now the property of the Maryland State Dept. of Natural Resources and is open to the public once a year.

As we go into a new century, the fourth for this Western Maryland treasure, it continues as it started – a welcome stop for the traveler and a place of comfort to those who call it their home.