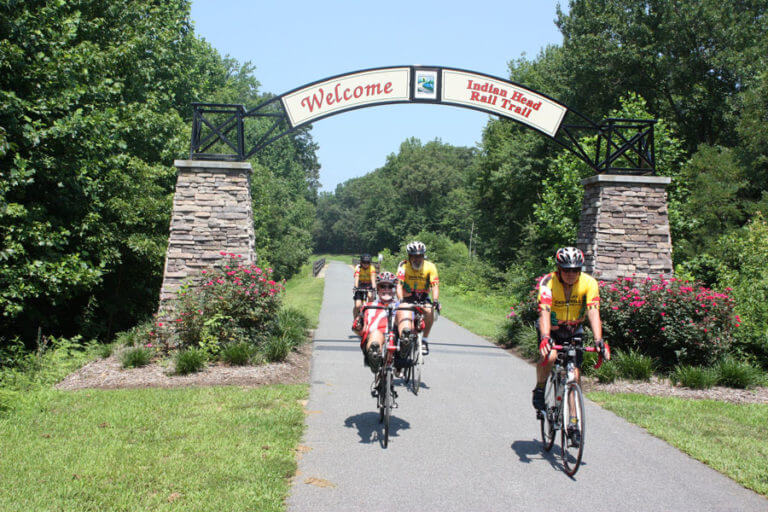 Indian Head is a town in Charles County, Maryland, United States. The population was 3,844 at the 2010 U.S. Census. It has been the site of a naval base specializing in gun and rocket propellants since 1890. Production of nitrocellulose and smokeless powder began at the Indian Head Powder Factory in 1900.

The Town of Indian Head occupies land that was once part of the territory of the Algonquin Indians.  These Native-Americans who lived along the lower Potomac River had a complex society of kin-based bands, which in turn were loosely organized into confederations at the time of European settlement.  Scholars believe that by 1608, the Native American groups north of the Potomac were divided into about ten petty chiefdoms.  Of these groups, the Piscataway, Anacostan, Mattawoman, Nanjemoy, and Portobaco were further organized into a paramount chiefdom headed by the Piscataway.  The paramount chief of this group was known as the Tayac.

Today the Town of Indian Head, the Naval Support Facility - Indian Head, Potomac Heights and a portion of Chapmans Landing occupy the land that was originally set aside as part of a land grant from the second Lord Baltimore, Celilius Calvert to his friend Thomas Cornwallis.  The grant, approved in 1654, included 5000 acres as shown in the Charles County Land Records, Liber A, B and H, Folio 401.  Current maps still label the peninsula of land where Indian Head sits as Cornwallis Neck.

Indian Head offers numerous financial incentives to retain and attract business. At First Down Funding, we provide a quick and easy way to obtain funds for your Indian Head business needs, whether it is a long term funding package or a short term cash funding, our professional and experienced staff are here to help you promptly and accurately. Contact us if you have any questions or conveniently apply online for expedite processing. Need a small business funding in Indian Head?  call First Down Funding.