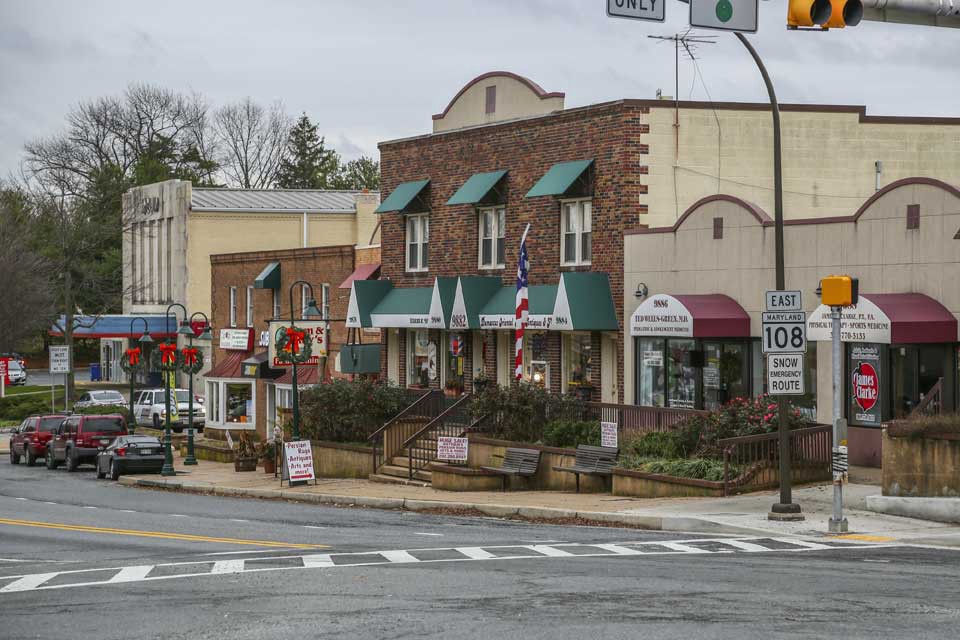 Damascus is a census-designated place and an unincorporated area in Montgomery County, Maryland, United States. In the early 20th century, there existed an incorporated municipality lasting a quarter century.

The name was first used in an official document in 1816, when the United States Congress approved a postal route through the area, operated by Edward Hughes.

The current area known as Damascus was granted by the new state of Maryland to Nathaniel Pigman in 1783. On February 14, 1814, a veteran of the War of 1812, Edward Hughes bought a 40-acre section of the grant and began subdividing lots for sale. James Madison, the fourth U.S. President, appointed Hughes postmaster of the developing community of Damascus in 1816.

Damascus may be a small town, but it holds a healthy fascination for foodies. Places to eat include Dulcinea's Wine and Bistro on Tralie Terrace, Smokehill BBQ along Main Street, as well as Main Street Pollo. All offer tempting and tasty dishes to please every palate. Whether you're in the mood for fine wine and seafood, BBQ pulled pork or the best local Mexican cuisine, you'll find something to suit your taste buds in downtown Damascus. And for fans of live music, there's always the Music Cafe on Ridge Road. Featuring the best in local music combined with mouth-watering foods and your favorite coffee, espresso, or even beer and wine, The Music Cafe sets itself apart with its casual approach to good fun and great entertainment.

Damascus, in staying true to its history, is best known as a commercial hub for the rural communities that surround it. Much of this area is still taken up by farmland and green spaces, and the people of nearby Browningsville, Cedar Grove, Clagettsville, King's Valley, and Woodfield still rely on Damascus as a center for trade and communication.