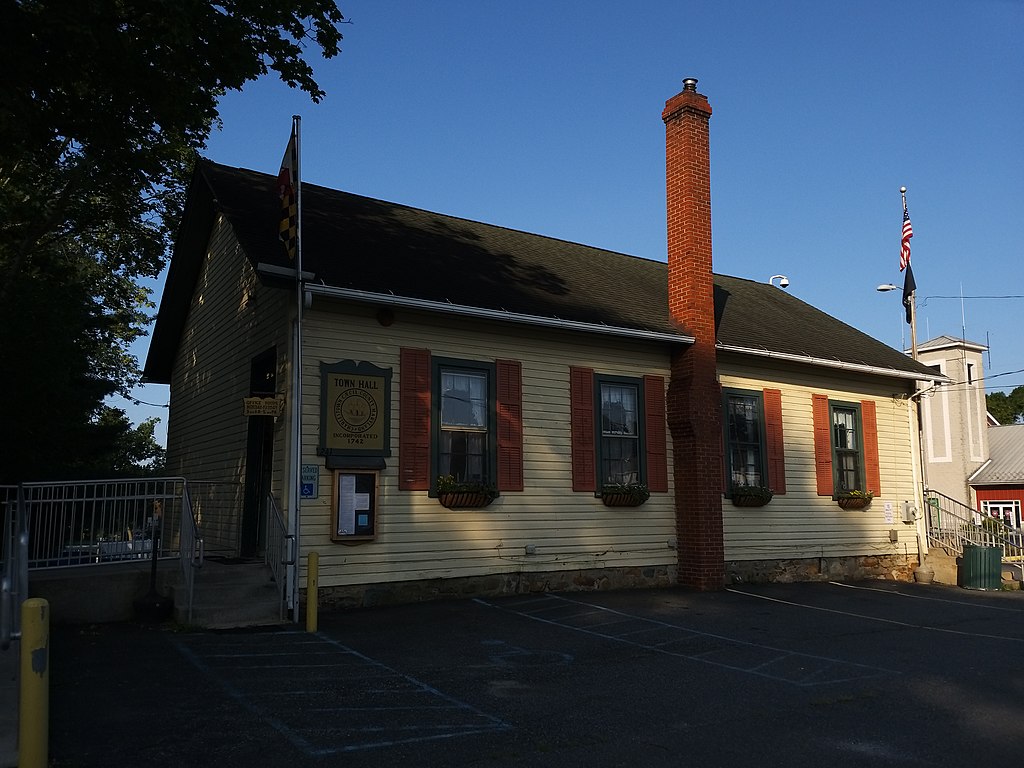 The town of Charles Town was established in 1742 by Act of the Maryland Assembly because, to quote the Act, “the encouragement of Trade and Navigation is the surest means of promoting the happiness and increasing the riches of every country . . . [and] . . . there being as yet no [town] settled at or near the head of the Chesapeake Bay . . .” The Assembly directed that “a place called Long Point on the west side of North East River in Cecil County” be the location of the new town and that it be named Charles Town. The name was derived from Charles Calvert, 5th Lord Baron of Baltimore Absolute Lord and Proprietor of the British Provinces of Maryland. A public wharf and a three-story warehouse were built. An inspector was appointed to ensure that only flour of superior quality was sold and shipped from Charlestown.

Charlestown evolved as a major port and taxation center for the British colony as well as a point along the “Old Post Road” that connected the Town with larger urban areas such as Baltimore and Philadelphia. During this time (1782 – 1787) Charlestown was also the county seat for Cecil County. Charlestown is the oldest Town in Cecil County and the third oldest town in the State of Maryland.

Some of Charlestown’s colonial historic sites and structures were once inns, taverns, and shops. As a port and mercantile Town, Charlestown did not have great and grandiose mansions but rather smaller working buildings. These buildings were suited for a municipal life that revolved around colonial government and services. Of architectural note, rare gambrel roof structures still survive in Charlestown including the “Red Lyon Tavern.” Early construction materials consisted of log, stone and brick. In addition, the Town is surrounded by significant archeological resources that predate colonial settlements and an abundance of sensitive natural resources.