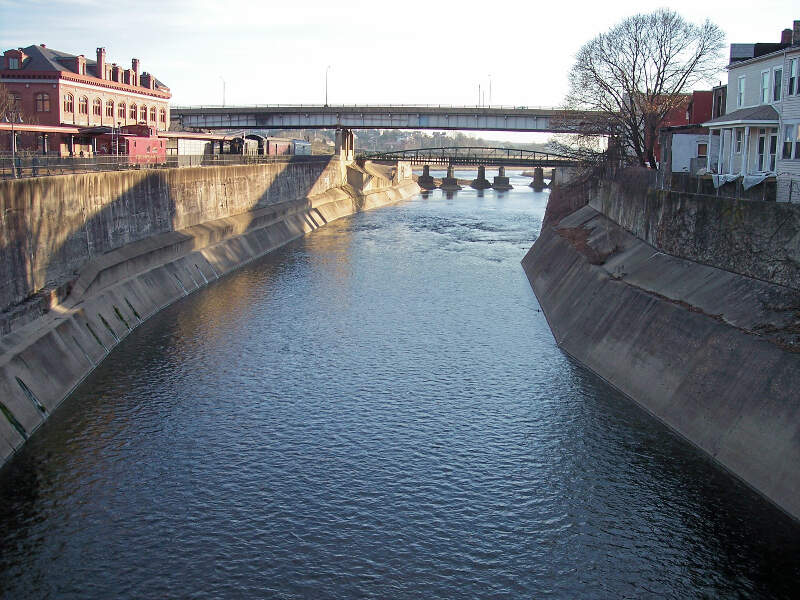 Cumberland is a city in Maryland. A one-room cabin in Riverside Park was once George Washington’s headquarters. The Allegany Museum covers regional history. Western Maryland Scenic Railroad trains depart from downtown for views of the Allegheny Mountains. In the station, a visitor center has exhibits on the adjacent Chesapeake & Ohio Canal and tow path. The Great Allegheny Passage trail runs northwest from the city.

Settled in 1750 as a trading post by the Ohio Company, it was first known as Will’s Creek. The town was laid out again in 1785 and was renamed in 1786 for Fort Cumberland, which had been built in 1754 and named for William Augustus, duke of Cumberland; the fort was headquarters for Lieutenant Colonel George Washington and General Edward Braddock in the French and Indian War.

The city of Cumberland has found itself a center of activity throughout its history. During its more than 200 years of existence, Cumberland has been a military fort, the origin point of America's first highway, the termination point of a monumental federal construction project, a western gateway to the Ohio River Valley, the processing center for rich coal fields, and a primary link on one of America's most successful railroads. Nestled dramatically at the base of converging mountain ridges and at the confluence of Wills Creek and the Potomac River, Cumberland conforms in its layout to the rugged topography within which it is situated. From its beginnings as a British fort to its place today as western Maryland's second largest city, Cumberland has always lived up to its nickname as "The Queen City."

Once a military outpost manned by George Washington and considered "The Gateway to the West" for early American pioneers, Cumberland is now home to a thriving arts community.