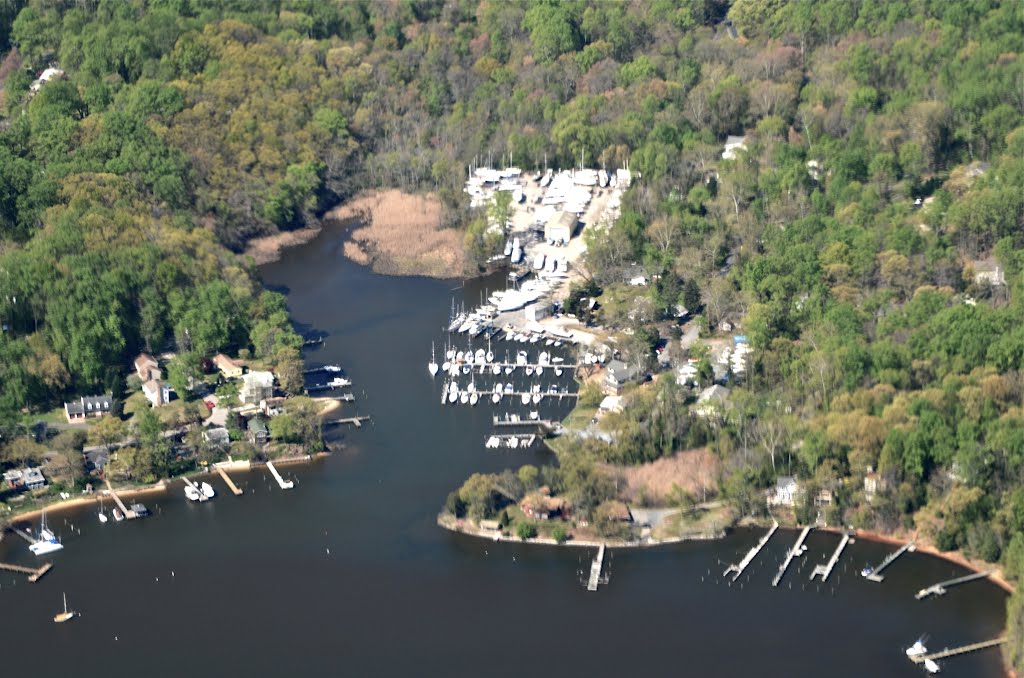 Herald Harbor is located up-river from the Naval Academy between Sherwood Forest and Arden-on-the Severn in Crownsville, Maryland, Anne Arundel County, approximately 10 miles north of Annapolis, on the beautiful Severn River. Prior to the founding of Herald Harbor, this land was a plantation of peach and apple orchards and farmland. Edward Hall Jr., great grandson of Henry E. Hall, remembers trees being felled and drawn by horses down to the foot of Bonaparte Trail to the river, where they were transported by barge to be used as electric and telephone poles. Barges of produce went out locally and big boats took produce into Baltimore.​

Herald Harbor was started in May 1924 by a Washington D.C. newspaper, The Washington Herald. The tract of land purchased by The Heraldt back in the 1800's, was known as the original Marsh plantation...Henry E. Hall, an entrepreneur from Youngstown, Ohio, purchased 551 acres, recorded in a land deed in 1886, from Eleanor V. Marsh, widow of "Colonel" Marsh. His costs were less than a dollar an acre. He moved his family into the big brick mansion formerly occupied by the Marsh family. It was located at the top of Mountain Road, on the left side of the road, and there were slave quarters and barns in the back of the house. The large brick house had been built of bricks used as ballast in big ships trading with the United States from England. Fine sand from the old caves was used as ballast in the ships return trip to England.

Henry Hall planned a shipyard with a community of homes for the workers. That never happened. He then planned a brickyard, using clay that lines the Severn's shores. That failed also. Finally he planted a peach orchard. Henry Hall had two children, a son, Joseph and a daughter, Nellie, half sister to Joseph. They eventually ended up owning the land.