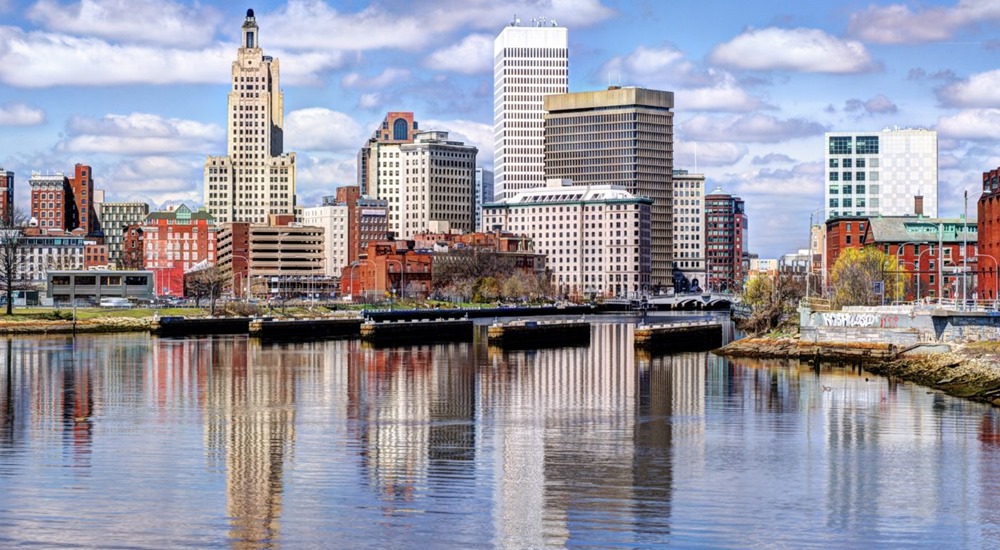 Providence is the capital and most populous city of the state of Rhode Island and is one of the oldest cities in the United States. It was founded in 1636 by Roger Williams, a Reformed Baptist theologian and religious exile from the Massachusetts Bay Colony. He named the area in honor of "God's merciful Providence" which he believed was responsible for revealing such a haven for him and his followers. The city is situated at the mouth of the Providence River at the head of Narragansett Bay.

A seaport and an industrial and commercial centre, it is the focus of a metropolitan area that includes Pawtucket, East Providence, Central Falls, Cranston, Warwick, and Woonsocket.

Providence was incorporated as a city in 1831 and became sole capital of Rhode Island in 1900, after having shared the duty first with four other towns and from 1854 with Newport.

Severe damage was caused by a hurricane and storm surge in 1938, and, as a protection, the Fox Point Hurricane Barrier was completed in 1966. Renovations to the city in the late 20th century included uncovering and rerouting the two downtown rivers that had been paved over and constructing a new civic centre.

Providence is a major industrial, commercial, medical, and financial center for New England with an economy based on manufacturing and service enterprises. The city is a major supplier of jewelry and silverware to the United States and Europe. Providence is home to four multibillion-dollar financial concerns and many smaller ones. Tourism and conventions are emerging industries. As the capital of Rhode Island, Providence supports a number of government-related jobs.

Providence combines the accessibility and friendliness of a small town with the culture and sophistication of a big city. With a thriving arts community, vibrant and diverse neighborhoods, outstanding hotels, a renowned restaurant scene, and so many things to do, Providence is the perfect place to visit.