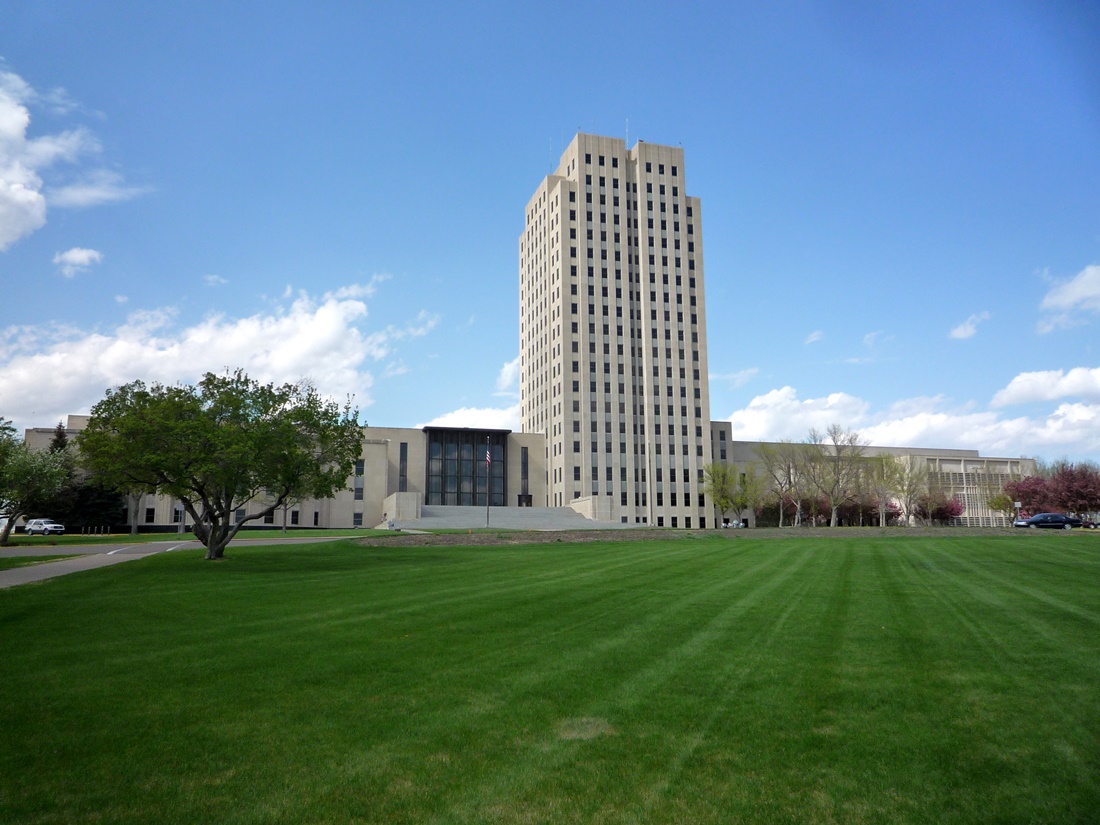 Bismarck (/ˈbɪzmɑːrk/) is the capital of the U.S. state of North Dakota and the county seat of Burleigh County. The city's population was estimated in 2018 at 73,112, while its metropolitan population was 132,678. In 2017, Forbes magazine ranked Bismarck as the seventh fastest-growing small city in the United States.

The Lewis and Clark Expedition passed through the area in 1804–05. In 1872 Camp Greeley (later Camp Hancock; now a state historic site), a military post, was established there to protect crews working on the Northern Pacific Railway. Bismarck was founded in 1872 and was originally named Edwinton in honour of Edwin L. Johnson, who was a proponent of a transcontinental railway. In 1873 the city was renamed in honour of the German chancellor Otto von Bismarck in the hope of attracting German investment in the railway. That year the railway arrived and contributed greatly to the community’s growth. With the discovery of gold (1874) in the Black Hills (to the southwest, now in South Dakota), Bismarck became an outfitting centre for prospectors.

In 1883 the capital of Dakota Territory was moved from Yankton (now in South Dakota) to Bismarck; when the territory was divided and the two states admitted to the Union in 1889, Bismarck became the capital of the northern state.

Bismarck has a strong, diversified economy that has been continually expanding since the 1980s. As the capital city of North Dakota, it serves as a major hub for government, business and finance; it is also a major distribution center for the agricultural industry. Services and retail trade continue to dominate the local market, together employing more than 50 percent of the non-agricultural workforce. The state government is Bismarck's largest employer with more than 4,300 workers. The health care industry is second; MedCenter One and St. Alexius hospitals and their related clinics employ more than 4,100. Bismarck Public Schools and the federal government each employ more than 1,000 people.

The capital of North Dakota, Bismarck is a hub of culture, history and shopping. Don’t miss attractions like the Dakota Zoo, the North Dakota Heritage Center and State Museum and Fort Abraham Lincoln. From the observation deck on the 18th floor of the North Dakota State Capitol, visitors get a bird’s-eye view of just what it is that makes Bismarck a true destination. History stares back from the Fort Abraham Lincoln blockhouses on the bluffs to the southwest and boats ply the Missouri River, which separates Bismarck and Mandan. Trees cover the Capitol Grounds just as they do the land on either side of the river and buildings downtown bustle with life. Bismarck is a shining light of arts, culture, history and the great outdoors. And it’s just a stone’s throw between eclectic dining and entertainment venues and exciting outdoor things to do.