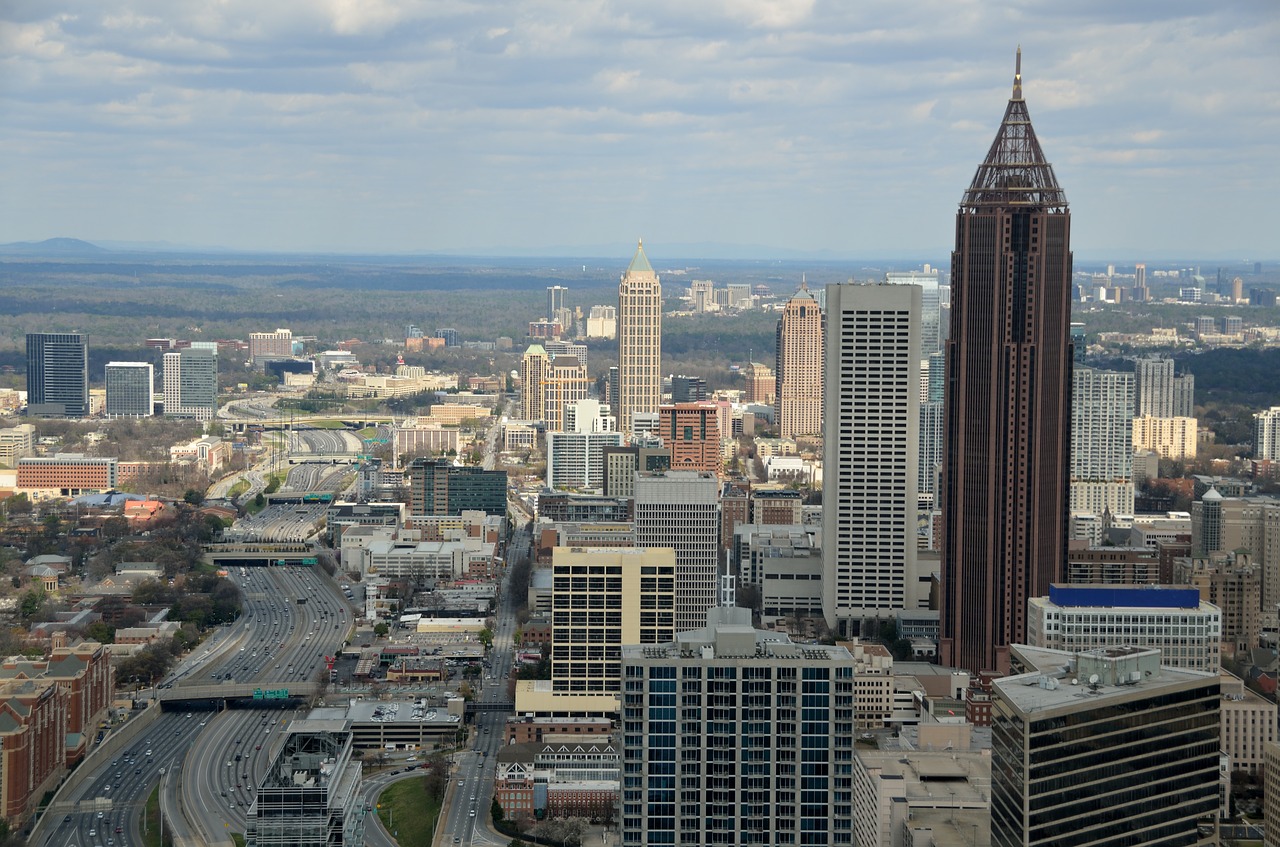 Atlanta owes its existence to the railroads, the routes of which were determined by geography. Lying as it does at the southern extremity of the Appalachian Mountains, it became the gateway through which most overland traffic had to pass between the southern Atlantic Seaboard and regions to the west. In 1837 a spot near what is now Five Points, in the centre of the present-day city, was selected for the southern terminus of a railroad that was subsequently built northward to Chattanooga, Tennessee. The location was known first as Terminus and then as Marthasville; in 1845 it was renamed Atlanta for the Western and Atlantic Railroad. Several other rail lines had converged on the city by 1860.

Atlanta is still the focal point of an important network of rail lines and interstate highways. Hartsfield Atlanta International Airport, 10 miles (16 km) southwest of downtown Atlanta, is one of the world’s busiest airports. The first rapid-transit commuter rail opened in 1979, and by the early 21st century the system had expanded to include several more lines. Atlanta remains the financial and commercial capital of the Southeast and is its most important distribution centre. Printing and publishing, high-technology industries, telecommunications, airline services, military and government services, and banking and insurance are supplemented by industries producing aircraft, beverages, automobiles, electronics and electrical equipment, chemicals, processed foods, and paper products. Atlanta is also the focus of federal government activity in the Southeast and is the headquarters of the 6th Federal Reserve District.